One of the most well-known faces associated with Christmas is Santa Claus. Santa Claus is the character of illusion for children, since he is in charge of delivering gifts to all houses on the eve of Christmas Day, according to the children’s story of Santa Claus. The wonderful element that exists around this Christmas ritual is discovered as we grow older, but the myth of Santa Claus has a real origin as well.

We all know that Santa Claus arrives every morning between December 24 and 25, bringing the most requested gifts for each person. But what is the real tale behind it? Continue reading this article to learn more about the origins of Santa Claus, who created him, how old he is, and when he arrives to distribute gifts throughout the houses.

The True Origin and History of Santa Claus We have to go back to the third century AD to find out where Santa Claus came from. The Christian bishop Nicolás de Bari was born in the Turkish city of Patara, a figure on which the current character of Santa Claus is based and whom we might identify as the inventor of Santa Claus.

When his parents died young, the young Nicolás de Bari gave away all of his assets to the poorest of the poor. In addition, he turned to religion as a way to cope with the grief he felt after his parents died. Later, the young man was appointed bishop of Mira, a city in Lycia, a region in Asia Minor’s southwest.

Nicolás de Bari stood out for his immense generosity to those in need, particularly children, a trait he shares with the modern-day concept of Santa Claus. In reality, he was renowned as the bishop of children, or episcopus puerorum.

On December 6, 345, Nicolás de Bari died. Because his birthday was so near to Christmas, he became the patron saint and the appropriate figure for distributing sweets and gifts to children on Christmas Day. Nicholas of Bari was honored by a series of temples beginning in the 6th century AD, and his mortal remains were brought to the city of Bari, Italy, in 1087.

The Catholic tradition of Saint Nicholas spread over Europe in the twelfth century, and emigrants of Dutch descent exported it to the United States in the seventeenth century. As a result, the legend of Santa Claus was born.

It is customary in the United States to leave baked cakes and cookies with a glass of milk for Santa Claus, similar to what happens in Spain with the Three Wise Men from the East. Santa Claus was derived from the name of the German saint Sankt Nikolaus, which is why he is now known as “Santa Claus.”

From Saint Nicholas to Santa Claus

To understand the full story of Santa Claus, you must first understand the myth of Santa Claus, which arose as a result of the Catholic tradition brought to the United States by Dutch emigrants from Saint Nicholas. In the 19th century, this American Santa Claus made his way to England and France, where he combined with Bonhomme Noel, the founder of the Santa Claus, who had a similar physique but was clad in white with golden colors.

The modern Santa Claus myth ends with an American commercial for the Lomen Company, which invented that Santa Claus came from the North Pole, toward the end of the nineteenth century. In addition, the reindeer sleigh became well-known as Santa Claus’s mode of transportation throughout the Christmas season. Using the date of death of Nicolás de Bari, December 6, 345, as a guide, Santa Claus would be roughly 1676 years old. On the other hand, the Santa Claus we know today was developed some 200 years ago, with the arrival of the American Santa Claus in Europe and his union with the French Santa Claus in the 19th century.

It is vital to convince the little ones that Santa Claus exists and to protect their innocence in order for Santa Claus to continue celebrating his birthday and making all of our Christmases great. It is critical to keep the Santa Claus narrative alive for children, as it inspires them to celebrate Christmas with greater zeal.

When is Santa Claus Coming The coming of Santa Claus is tied to the festival of Christmas Day, which is December 25, according to the Santa Claus myth. It also has something to do with the birth of Jesus Christ (on December 25 himself).

We are all familiar with the children’s version of Santa Claus: on the night of December 24th to 25th (Christmas Eve to Christmas Day), Santa Claus enters all of the houses through the chimney and leaves the appropriate gifts. Santa Claus is joined by a crew of elves from the North Pole who are in charge of manufacturing the toys and the rest of the gifts requested by the children.

When Santa Claus arrives at each house, he lays the gifts under the Christmas tree for the kids to open on December 25th morning. According to legend, he only presents gifts to the children who have been good all year. 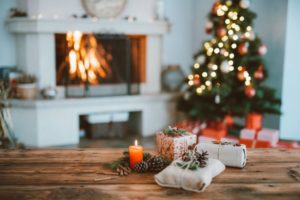 How to Decorate your Home for Christmas in 8 Different Ways How to Decorate a Small Apartment for Christmas (Step by Step) 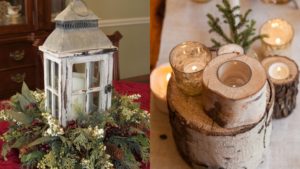 The radiance of the gold tone is a symbol of joy. Tableware and glassware with golden sparkles, glitter decorations, and